A diode is an electronic component device with two electrodes (a cathode and an anode) that allow current to flow in only one direction. It was invented by British physicist J.A.Fleming in 1904. The earliest diodes consisted of vacuum tubes or tubes of low-pressure gas in which current could only flow in one direction. That is to say, the current can flow from the anode to the cathode, but cannot flow from the cathode to the anode (unidirectionality), so as to limit the direction of the current. This characteristic is called rectification. Most of today's diodes are replaced by semiconductor materials such as silicon or germanium. In semiconductor diodes, there are PN junction effects using P-type and N-type semiconductor junctions. The P-type side is the anode, and the N-type side is. is the cathode. There are also types that utilize the Schottky effect produced by the bonding of metals and semiconductors to achieve rectification. 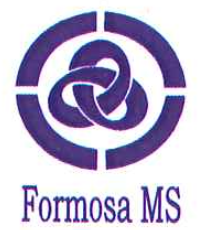